The curse, a poem by Rethabile Masilo - earndie

November 23, 2018
She decided to hoe the garden,
though tired and only able to shuffle when she walks;
that place, in front near her gate, is a shrine
to beauty�a woman�s monument.

A few minutes afterward she found a cat,
buried between two flower gushes, its open mouth
snarled with the tines of its teeth, eyes
dangling outside near its face like grape nuts.

In Lesotho we inter cats in yards of people we hate;
it is said the owner of that garden dies
when the cat rots, and its fur comes off in the hand,
like the hair of a cancer patient.

She called Ntate Mosia, her gardener.
A man of The Word, he poured prayer and incantation
on the beast, before lifting it out of its grave
and holding it up by the tail.

They filled its grave with mulch and sand
then went inside to wash and scrub their hands
with caustic soda, and more prayer, never wondering
how that cat might have died, but heartened
by the knowledge that there would be no new deaths.

Its killer had loved it enough to believe in its power
to slay, even as it was slowly dying itself, its eyes
bulging from the force of two strong hands
choking its neck, pushing the orbs out of it.

Popular posts from this blog

Their behaviour, a poem by Dennis Brutus - tmate

November 27, 2018
Their guilt
is not so very different from ours:
�who has not joyed in the arbitrary exercise of
power
or grasped for himself what might have been
another�s
and who has not used superior force in the
moment when he could,
(and who of us has not been tempted to these
things?)�
so, in their guilt,
the bare ferocity of teeth,
chest-thumping challenge and defiance,
the deafening clamor of their prayers
to a deity made in the image of their prejudice
which drowns the voice of conscience,
is mirrored our predicament
but on a social, massive, organized scale
which magnifies enormously
as the private dehabille of love
becomes obscene in orgies. 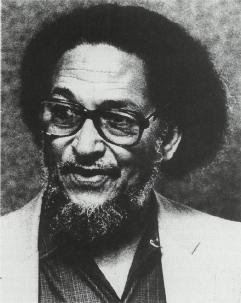 Dennis Brutus was an activist against the apartheid government of South Africa in the 1960s. He worked to get South Africa suspended from the Olympics; this eventually lead to the country's expulsion from the games in 1970. He joined the Anti-Coloured Affairs Department organisation (Anti-CAD), a group that organised against the Coloured Affairs Department which was an attempt by the government to institutionalise divisions between blacks and coloureds. The Anti-CAD was affiliated to the Trotskyist Fourth International in South Africa. He was arrested in 1963 and jailed for 18 months on Robben Island.  11/5/2019
http://cashloansonline.us.org/business-new-year-wishes